This is the final adventure from my Tochigi road trip last January, a pair of love hotels in such bad condition that they’re both sinking into the ground and falling to pieces at the same time. I really had to watch my step. It was a lucky day for discoveries. The long drive home from Tochigi saw us making several unexpected stops as we stumbled upon a cluster of abandoned buildings.

END_OF_DOCUMENT_TOKEN_TO_BE_REPLACED 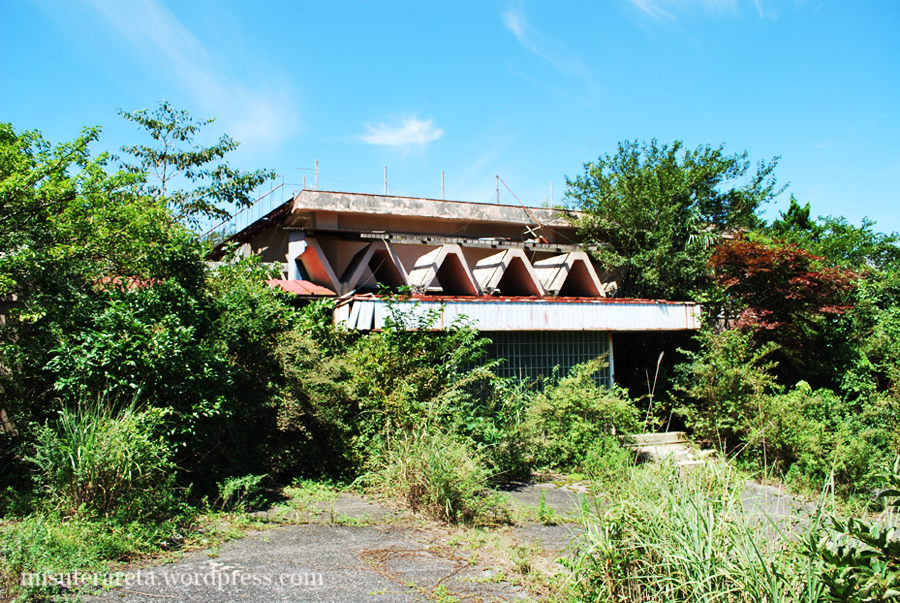 The BE Laboratory was a good chance to show a curious friend around his first ruin, and for me to get back into the swing of things after six months of jishuku. Visiting the ruins of a laboratory in Japan is a potentially awe-inspiring prospect. I’ll have to go further afield to find one though, as Atami’s BE Laboratory is a misleading misnomer. The lab is actually a rather plain lodge, the likes of which have been found in ruins in many different prefectures throughout Japan. The ‘Basic Encounter Training’ lab —to give its full name— has quite an interesting history though, one which is often glazed over, as the ruin itself is nothing special.

END_OF_DOCUMENT_TOKEN_TO_BE_REPLACED

Months before the quake, and weeks before Tokyo saw its first snowfall of the season we began our Tochigi road trip. Innocently driving through the countryside and enjoying the most minor tourist attractions imaginable. One of which, a viewing platform halfway up a mountain gave us a chance to stop for a while and take in the expansive view of the surrounding area. Just over the hill, as the snow started to come down in earnest I spotted what would be my first ‘stumble upon’ ruin of the trip.

END_OF_DOCUMENT_TOKEN_TO_BE_REPLACED

This architectural oddity caught my eye whilst driving to a nearby onsen town along a torturously long road in the Tochigi countryside. From my split-second glimpse at it I didn’t think it was abandoned, just a local curiosity at best. On the return trip, I spotted it again and convinced my wife to pull over so I could check it out. The area was now completely dark, with the exception of a couple of bunkers with vending machines in the forecourt. Upon closer inspection of the W shaped house… the dumped sofa near the entrance, the overgrown foliage, fixtures falling off … this odd little thing was as abandoned as they come. END_OF_DOCUMENT_TOKEN_TO_BE_REPLACED 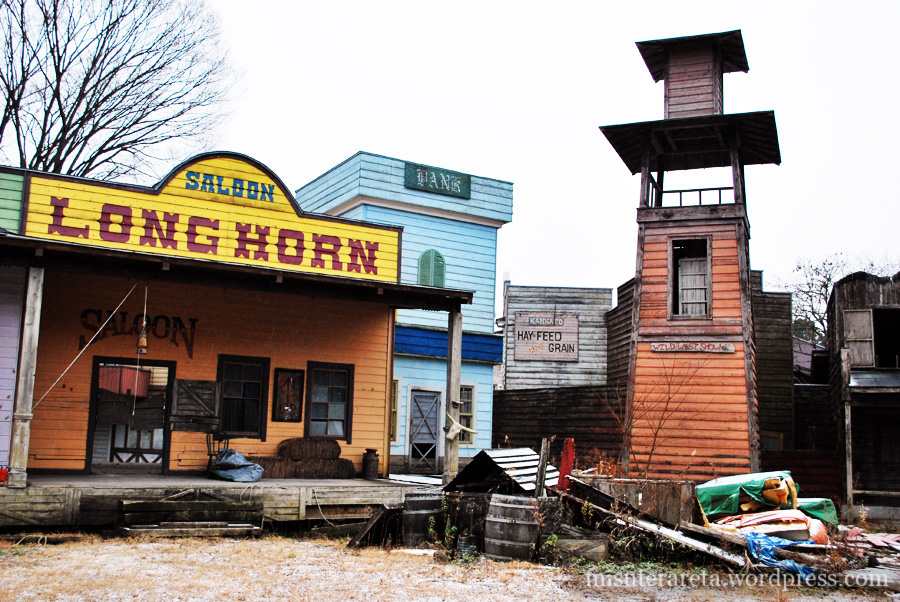 In the dying days of the Old West Amusement Park its Long Horn Saloon continued to host a ‘Wild West Show’ for its steadily dwindling audience. Japanese blogger Arakawa recalls the American actors putting on a horse riding, guns blazin’ performance to a crowd of twenty, in a stadium build for two hundred people. Crowds or no crowds they had to put on a show. Outlaws rode into town, captured members of the audience and were safely rescued by the heroic Sheriff  (on crutches no less). The stuntmen staged bar fights and shoot-outs, with one outlaw taking a perilous fall from the top of the tower pictured above (onto the now-visible green mattress). Looking at other bloggers posts it’s amazing to see the areas I didn’t have access to: an old-time bar, barber shop, jailhouse … and a teddy bear museum with a twenty-foot tall bear!

END_OF_DOCUMENT_TOKEN_TO_BE_REPLACED

Opening at the beginning of the last decade the Old West Amusement park was an ambitious, large-scale theme park packed full of gun-slinging fun and wild west wonders. For train fans it was a real treat, boasting several genuine locomotive engines made by Baldwin Locomotive Works (formerly one of the world’s biggest producers of steam locomotives). Just two years after its closure the Old West Amusement park sits dusty, leaf-ridden, and is slowly falling foul of the elements. How did it end up in this state? The general opinion is that it was too big, too expensive … the locals I spoke to said there was just no way to support such an attraction in such a remote area. END_OF_DOCUMENT_TOKEN_TO_BE_REPLACED

The Ruins Of Okinawa (3) The Nakagusuku Kogen Hotel

This is the third part of my Okinawa explorations, see parts one and two below.

Day Three Along with Sports World the Nakagusuku Kogen Hotel is one of only a handful of ruins in Japan on the scale of a small village. Such is its grand positioning on the hillside the hotel can be seen from literally miles away … my first response upon seeing the ruin, something along the lines of: “Woah!” Originally scheduled for opening to coincide with the World Fair Expo ’75, construction of the hotel was never actually fully completed. The conglomeration of construction companies in charge went bankrupt shortly before the Expo, and despite numerous talks to organise its demolition, it survives to this day. The ruin is well known throughout Okinawa, and has been used in tv shows and music videos, such as Miyuki Nakajima’s single Taka Ga Ai (See it here)

END_OF_DOCUMENT_TOKEN_TO_BE_REPLACED

Haikyo Explorations in Japan
Create a free website or blog at WordPress.com.