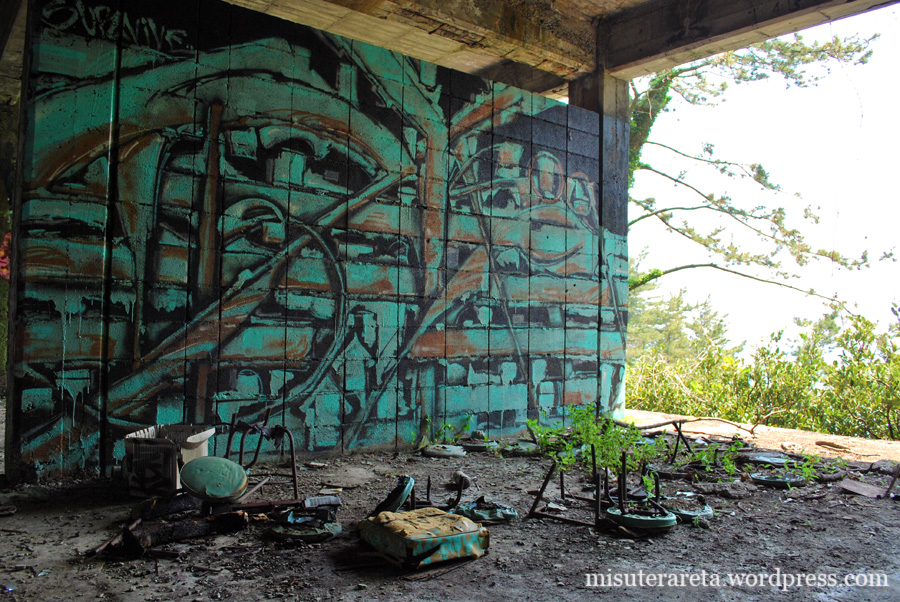 On the edge of a peninsular cliff in Kanagawa lies a curious ruin of which almost nothing is known about. It’s difficult to believe that it was intended to be a barbecue restaurant, but that’s the only theory floating around at this point. What is clear is that the building was never finished, and that in the intervening years a new kind of resident has settled in. Impossible to spot with either Google Maps or Google Earth, I took a chance to venture out and see if this ruin was still standing.

END_OF_DOCUMENT_TOKEN_TO_BE_REPLACED 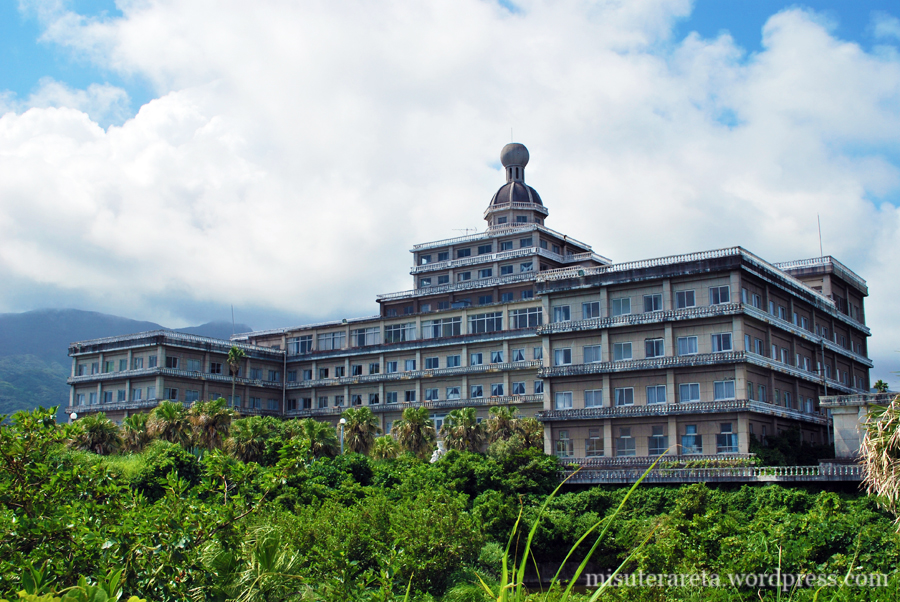 The largest hotel on Hachijō-jima is a grand-looking structure, which tried to emulate some of the palatial glory of French Baroque architecture. It underwent several name changes over the years —the Hotel Royal, the Pricia Resort— settling on the name Hachijō Oriental Resort Hotel before finally going under in 2006.

The island itself is probably most famous as a diving spot, or for its neighbouring island Hachijō Kojima (八丈小島) which was used as the setting for Battle Royale. Hachijō-jima has been on my radar for a few years as a destination to explore. As several other explorers have made it there before me, I didn’t anticipate any surprises but was given a few unpleasant ones.

END_OF_DOCUMENT_TOKEN_TO_BE_REPLACED

Like the Rekio Hotel and Nakagusuku Kogen Hotel I visited some years back this building was another casualty of the Okinawa Expo construction boom. The structure was built on a previously uninhabited island, known to the locals as ‘Dolphin Island’. Several decades of weathering have taken their toll on the structure, washing away almost everything that could be used to identify it. Nobody seems to remember the name of the building either; the only scraps of information remaining are a fragment of an address (2319), and the rumour that the building was never completed. So what kind of business could they have built on a tiny island like this? If it wasn’t a hotel then what could it be …

END_OF_DOCUMENT_TOKEN_TO_BE_REPLACED

Midwinter in the mountains

The reliably unreliable weather forecast predicted several inches of snow and temperatures as low as -8 degrees for my little excursion out into the mountainous countryside. Traveling far afield purely to document ruins feels a little redundant these days —hence the long absence— but the prospect of a weekend enjoying hot springs in a sleepy countryside town was very attractive. And I had the feeling that there might be a couple of ruins to explore somewhere along the way. What I did find, strolling around the city centre was an abundance of snack bars. In case you don’t know, Japanese snack bars are cheaply decorated box rooms made for even cheaper thrills; conversation with an aging beauty over an overpriced beverage. Unlike hotels, abandoned snack bars are always firmly locked up, with very few exceptions. So despite having found dozens of deserted bars over the years, I’d never actually made my way inside.

END_OF_DOCUMENT_TOKEN_TO_BE_REPLACED 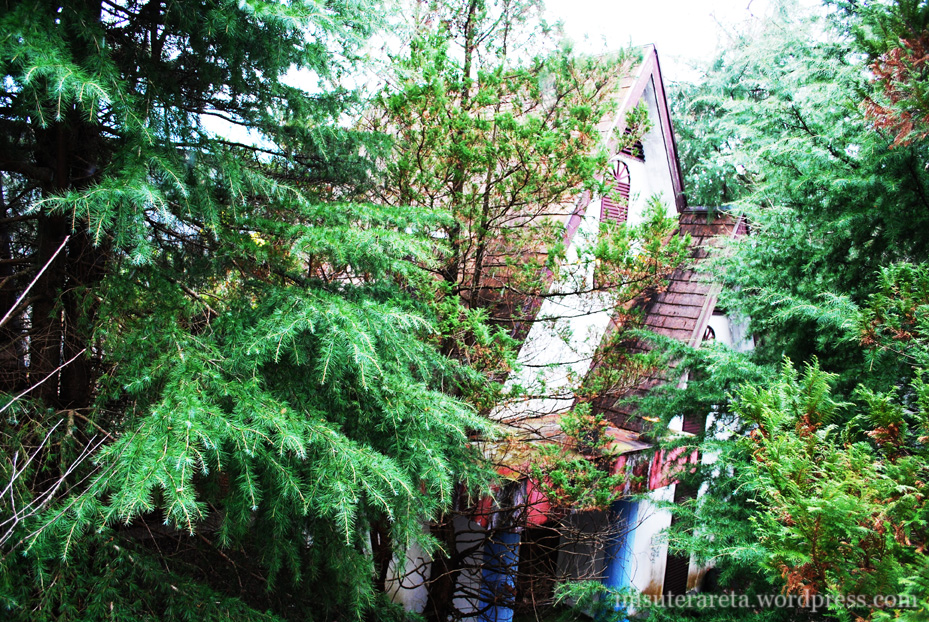 This is the final adventure from my Tochigi road trip last January, a pair of love hotels in such bad condition that they’re both sinking into the ground and falling to pieces at the same time. I really had to watch my step. It was a lucky day for discoveries. The long drive home from Tochigi saw us making several unexpected stops as we stumbled upon a cluster of abandoned buildings.